Skip to Content
This article contains affiliate links for items that might help you get and stay organized.
169 shares

Tired of stepping on LEGO bricks in the middle of the night? Me, too! Thus began the hunt for LEGO organizing ideas that would actually work. You’re welcome.

The Magic of LEGO

A few years ago I had the privilege of attending a business conference in Cleveland, OH. I know, not exactly the mecca of business conferences, but it was actually a stellar conference. One of the speakers was a relative of the founder of LEGO, Ole Kirk Kristiansen, and he talked about how LEGO was dedicated to helping foster creativity and nurture imagination.

As a mom of three, all of whom love LEGO bricks, I’ve seen the creativity and excitement that comes with building first hand.

As a mom of three, I’ve also felt the pain of stepping on LEGO bricks in bare feet. I think LEGO should add “LEGO-proof” slippers to their line-up.

I’ve also been that mom that struggles with how and where to store all of those LEGO pieces. The struggle is real.

This article contains affiliate links to things that will make it easier for you to organize.

The Best Way to Organize LEGO

I’ve spent hours upon hours organizing LEGO in ways that works for me – i.e. – aesthetically pleasing, color-coordinated, tiny bins, etc. The problem is that I’m not actually the one using the LEGO bricks. Sooo, what works from an outside perspective doesn’t always jive with how your kids may be using the bricks.

Once you understand how they build, it’s a lot easier to organize their LEGO bricks in a way that works for them.

Now, there are almost infinite types of storage containers to keep LEGO bricks organized. Again, how you store them is really going to depend on what works best for your kids and the space you have available.

Remember – there is no right or wrong way to store LEGO! I think we often get hung up on storing and organizing things “the right way” that we forget that, ultimately, there is no universal right way.

The right way is always what works best for your family. So relax. You can do this!

To jumpstart your creative mind, here are 13 LEGO organizing ideas that rock. You can tell that, for the most part, a lot of time and effort went into organizing the bricks!

My daughter goes through phases where she likes to organize by set, so this colorful LEGO organizing idea is a great fit.

2. Under the Bed LEGO Storage and Play Area

I love how this storage solution is also a place to easily build. One drawback would be if your child didn’t want to take down his LEGO build and it wouldn’t fit back under the bed. Would you have to leave the giant drawer in the middle of the bedroom, I wonder?

This is a great mix of small storage containers and larger ones. I love how everything is labeled and, while it doesn’t seem like they’re broken down into true sets, there’s definitely some separation by theme (i.e.- Ninjago, Superheroes, etc.).

Some LEGO organizing ideas are just too pretty to pass up. This set-up uses IKEA coffee tables and bins as storage and organization containers. I think I would lower those wall bins though, because they seem awfully high.

5. Organize By Color, Build By Set

This is another LEGO organizing idea that makes use of IKEA furniture. In this case, the coffee tables are lined up side-by-side to make a long building area. The LEGOs are sorted by color and stored underneath on the shelves with boxes of sets at the very bottom on the floor.

A post shared by The Organizing Organization (@theorganizingorg) on Aug 7, 2018 at 5:28am PDT

When you’re organizing, it can make sense to use containers that are all the same size. They’re easier to stack and they look neater when they’re in their place. This LEGO storage solution uses clear bins like these to organize the LEGO pieces by type and color.

If you’re super handy, you might want to build your own custom LEGO organizing solution. This one was built with pull out shelves that have smaller storage containers on them. I love that the storage containers have dividers and that there’s room at the top for the flat building platforms. It’s definitely an example of creating a LEGO organization system that works best for the builder!

My favorite thing about this LEGO organizing idea is that everything is out in the open. Kids can clearly see what they have and get to it easily. Just use pegboards attached to the wall and then clear, tip out and open bins for the containers.

Clear drawer rolling organizer carts are fabulous for so many different things. In this case, using one to store LEGO bricks by color or type is a great storage solution. The area on top is also perfect for displaying finished work and the rolling aspect makes it easy to move from room to room.

Sometimes the best solutions are the easiest! If your child is not a builder who searches by color or part, but instead prefers to dig through a bin of LEGO pieces, some inexpensive bins with lids are the perfect solution. LEGO organizing ideas do not have to be complicated!

Forget the boxes, bins, and tubs, this LEGO organizing idea has got it in the bag – literally. Swoop Bags keep everything contained, but they’re easy to open and access. In fact, they’re not only good for LEGO storage, but they are also perfect for all sorts of toys!

LEGO Organizing Ideas for the Win

Remember, the best LEGO organizing ideas for your kids’ LEGO bricks are the ones that will work best for them. Take the time to observe them building and then really think about a storage and organization method that will serve their needs. The more in-tune the organization tactic is, the easier it will be for kids to keep their LEGO bricks organized.

And for you, that means fewer LEGO on the floor. Your bare feet will thank you!

This site uses Akismet to reduce spam. Learn how your comment data is processed.

I love all of these ideas!! Now which one should I choose that's the question... My son has so much lego we are stepping on it all.the.time and it's all over the house. These are great solutions thank you!

This site uses Akismet to reduce spam. Learn how your comment data is processed.

Welcome to The Organization House! 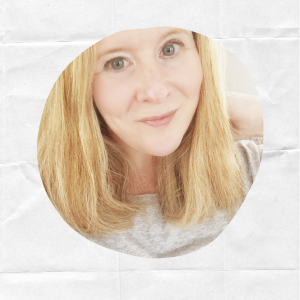 Join the Resources Library to Get All of the Free Organization Goodies!

You can find out more about which cookies we are using or switch them off in settings.

This website uses cookies so that we can provide you with the best user experience possible. Cookie information is stored in your browser and performs functions such as recognizing you when you return to our website and helping our team to understand which sections of the website you find most interesting and useful. You can read about our Privacy Policy here.

Strictly Necessary Cookie should be enabled at all times so that we can save your preferences for cookie settings.

If you disable this cookie, we will not be able to save your preferences. This means that every time you visit this website you will need to enable or disable cookies again.